The Ghosts Of Your Deceased Family Members Are Still Watching Over You... and how to communicate? 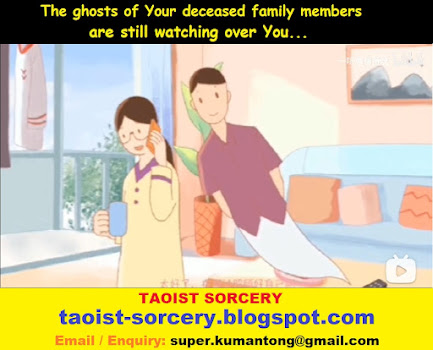 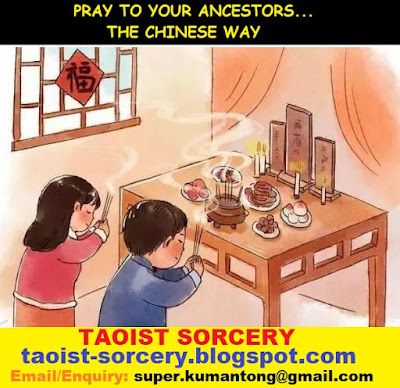 While praying to them, use Your mind to feel and think, or just whisper about Your feelings and the messages You wish to convey to your deceased loved ones.  They can receive your feeling and thoughts over them.
After the prayer and sending of thoughts and messages to them, burn  some Joss Papers to them.
Let's wish the ghost / spirit of Your late loved one will one day appear right in front of You and You both can communicate with each other directly. Hopefully, if really happend, You won't be fainted.
Advanced Method / Direct Method - You may also seek help from "Granny Asking Rice" (问米婆 - Wen Mi Po). "Granny Asking Rice" (问米婆 - Wen Mi Po) is a Taoist Sorcery Ritual usually performed by an old age woman, who called upon the spirit of the dead from the underworld to possess her and then communicate with You. A bowl of rice is usually placed on the ritual table, hence it is called "Asking Rice" (问米).
How do I know the ghosts (of Your Loved Ones) can received Your feelings & Messages:
Base on Real Personal Experience:  When I was small, about 9 years old, in my old house, there was a ghost who would Cry (high pitch - woo woo woo) in the corner of my bedroom occasionally...
Then one day, I found out, everytime if I were to think about whether the ghost was still around... The ghost would make the 'woo woo wo' sound.
Fews years later, about 16 yrs old at that time... I told my sister... actually there was a ghost in the house, I could made the ghost cry by using my mind power.... whether she would want to hear it. She said give it a try..  Indeed, suddenly the ghost cried... My sister heard it and scream.
This is to tell You, ghosts (of Your Loved Ones) can feel You from Your heart , mind and soul, without speaking.
Important Note: Remember to Light Up  Joss Sticks / Aroma Cones and / or with candles, when You want to send feelings and thoughts to the ghosts / spirits of Your Late Loved Ones.  The Amber Light of burning Joss Sticks is a communication channel between the living and the souls / spirits / ghosts.
Related Articles:
Share
‹
›
Home
View web version